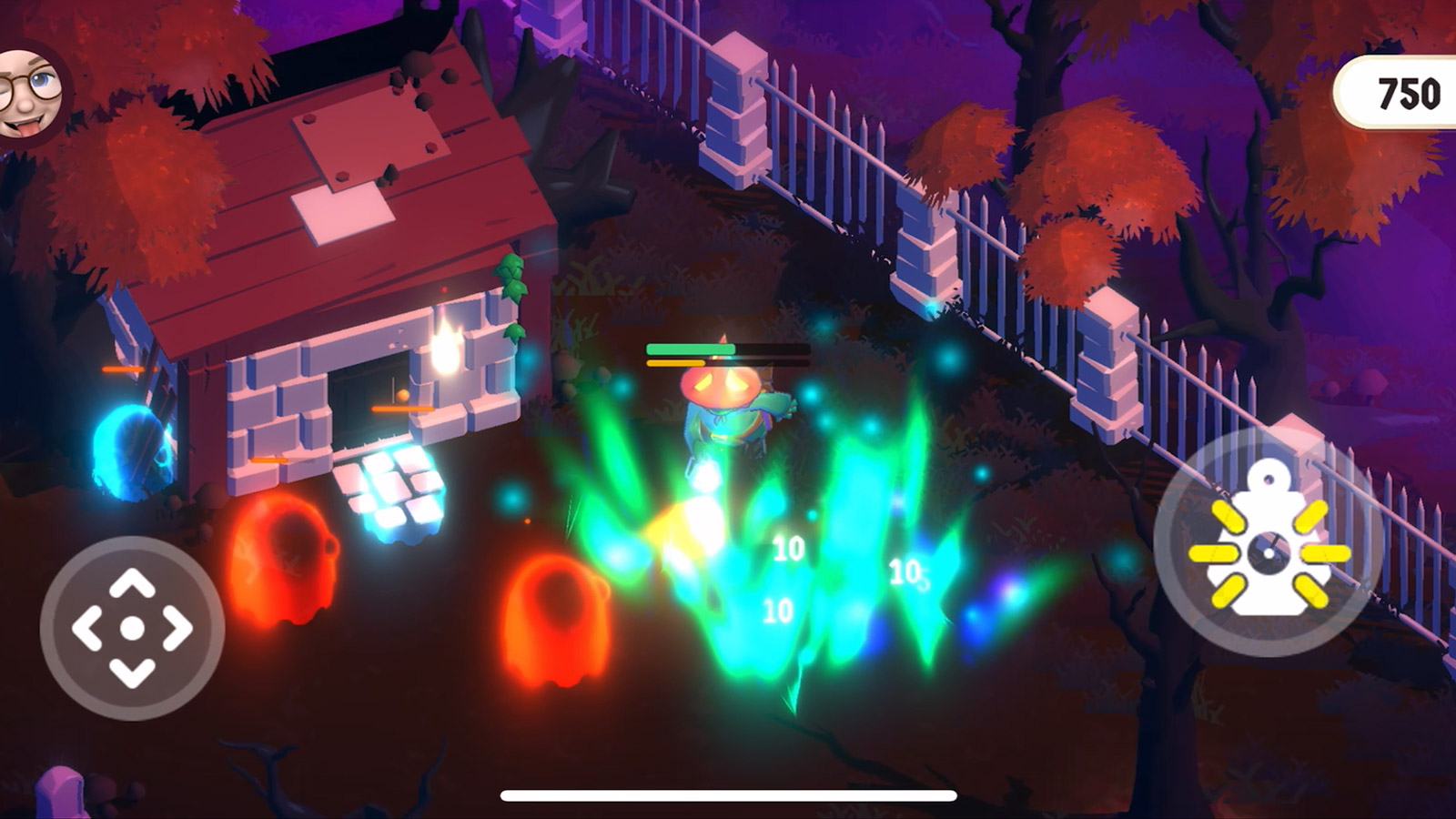 Apple just approved the 2.1 update for Wildwood and pushed it out to the App Store. This update improves the accuracy of the player’s lantern, and also ended up also including new art assets and switching many elements over to a new toon shader.

Regarding the lantern, originally I was using an arc of raycasts to perform hit detection on the ghosts’ colliders… but for some reason it wasn’t always accurate. Ghosts could slip between the narrow gaps in-between each ray and hit the player. The new method simplifies the approach quite a bit, and uses an OnTriggerStay cone projection out from the player. The result greatly improves the lantern’s accuracy. Maybe even too much! The prospect of re-balancing comes to mind. I’m going to keep an eye on high scores to see how they change.

As far as art goes, this all started with biting off more than I could chew for a single update. Originally I had started work on adding potions to the game which required a new house design for the player that includes a cauldron! A potions system quickly turned out to be much more complicated than I thought, so I put that on pause for a moment. I left the new art assets in and worked on squashing bugs and fixing the lantern instead. I also integrated a new toon shader. The result is a bit brighter and more colorful.

Overall, I think players will enjoy this update – especially ones that may have had trouble with accuracy issues in the past. I hope that it’s more approachable for newcomers too. If you’re interested in seeing to roadmap for this game, check out this page (at the bottom). If you want to play, download it on the App Store now!