The Evolution of a New Project

A few months ago, James and I started working on a concept for a game. We haven’t documented a whole lot of it yet, except for screenshots we post on Twitter. For me, the visuals in this game are a love note to the wonderful atmospheres crafted in Warcraft III. I’ll try to refrain from waxing poetic here, so I’ll just say that WC3 captivated me during my formative years. While so many games today try to push the boundaries of graphic fidelity, I want to join the increasing ranks of indie devs that are returning to their roots and creating games that aren’t primarily concerned with realism. Minecraft and TLOZ: Breath of the Wild are just a couple of hugely successful games that prove chasing visual realism isn’t required to create engaging onscreen experiences.

As we were testing the game concept and getting the initial tech under the hood, we started off using a free asset pack to build the world. Kenney’s models are certainly charming enough, but they didn’t quite capture the mood I had in my mind’s eye.

Once we got some of the initial the tech squared away, and fleshed out more of the game’s concepts, I started building custom models/textures for our game. I wanted to pay homage to the games of yesterday; Warcraft III, TLOZ: The Wind Waker and Jet Force Gemini are just a few titles that have shaped my appreciation for beautiful visuals.

I’m absolutely floored with our results so far. James has been incredibly supportive and has really encouraged me to step out of my comfort zone and create on a level that I wasn’t sure if I could or not. As life has started to settle a bit at home, I’m getting back into the swing of things and hope to be packing up these new assets and getting them into our production builds soon.

Just wanted to give a big thank you to the team creating Ooblets – Rebecca and Ben are doing great work and are a huge inspiration for us. You should totally follow them and check out their game. 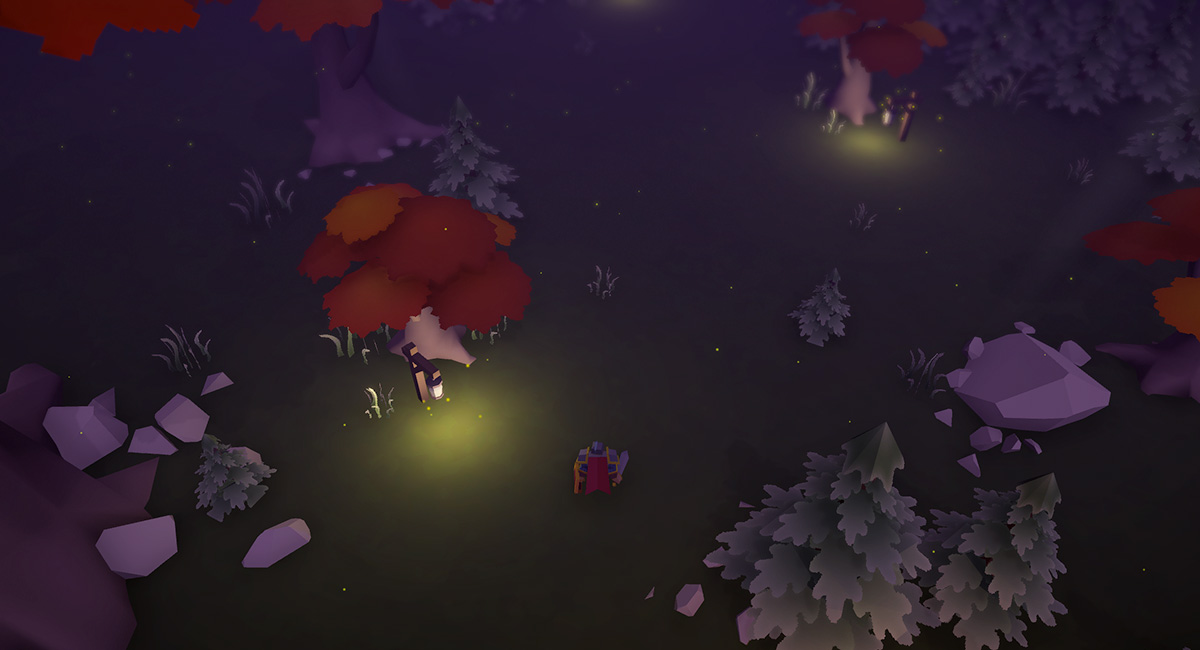